Rhubarb is a perennial vegetable that is used as a fruit. The stems, or stalks, are used to make pies, sauces, jams, and other sweet desserts. When eaten fresh, the stalks are sour, but when cooked with other fruits, like strawberries, rhubarb lends a delightful tartness. You have probably been taught that rhubarb leaves are deadly poisonous and to avoid accidental ingestion. While they are toxic, the threat may not be as great as you have been led to believe.

Can you compost rhubarb leaves?

Rhubarb leaves can be composted safely, even though they contain oxalic acid, says the Iowa State University Extension. (ISU) While oxalic acid is harmful if ingested by humans, it doesn’t affect plant growth or safety because plant roots do not absorb the oxalic acid in the soil (compost).

Compost from rhubarb leaves can be used safely in the garden as a soil amendment or added around the base of plants.

What is Oxalic acid?

Oxalic acid is a chemical compound found in several garden vegetables, like broccoli, cauliflower, spinach, and Brussels sprouts. In small amounts, oxalic acid is harmless, but it is toxic to humans and animals in high doses.

It should be noted that lower amounts can still cause gastric upset, and the person’s age, weight, and health also affect how much oxalic acid they can consume before experiencing severe symptoms.

How to Compost Rhubarb Leaves

Rhubarb leaves do not need any special care when adding them to the compost bin. They should be treated as any other nitrogen-rich organic matter commonly called “greens,” but shredding them will help speed up the decomposition process.

If you are using a home composter, follow the manufacturer’s instructions. Otherwise, follow these steps to compost rhubarb leaves in your backyard compost pile.

Your compost is finished when you can no longer see individual pieces of fruits and veggies; the soil is rich and dark and smells like fresh earth.

How long does it take for the leaves to turn into compost?

ISU further explains that if you start a compost pile in the spring, your compost will likely be ready for use by mid-summer. However, a compost pile started in the fall will typically be ready the following summer.

Is it safe to eat vegetables grown using compost from rhubarb leaves?

Plant roots do not absorb and uptake oxalic acid from the soil. Composted rhubarb leaves do not pose any danger to your garden plants and will not affect your vegetables.

Do rhubarb stems turn poisonous in the fall?

Rhubarb stems are perfectly safe to eat all summer and into the fall. They do become tough and stringy and lose some of their palatability, but they are not poisonous.

Although it is technically possible to die from eating rhubarb leaves, it is not very likely, unless you make a habit of eating large amounts of rhubarb leaves. Accidentally eating a small piece of a rhubarb leaf may give you a stomach ache or other gastric issues, but it isn’t ordinarily life-threatening.

Why do people think rhubarb leaves are deadly?

The concept that rhubarb leaves are a deadly poison likely arose from a death reported during World War I, when the British government encouraged eating rhubarb leaves due to a food shortage, explains Compound Interest, a site run by a UK chemistry educator that explains the chemistry involved in everyday products, including foods. Incidences of gastric upset after accidentally consuming rhubarb leaves likely perpetuated the belief that eating even a tiny piece of a rhubarb leaf would kill you.

Obviously, rhubarb leaves are not safe for human consumption and should never be used as a food source, but an accidental bite of a leaf isn’t going to kill you. The best way to avoid accidental ingestion is to remove the leaves from the stalks when you harvest them and dispose of them in the compost bin before bringing your rhubarb inside. Caution should be exercised around pets and small children as they will likely experience the effects of ingesting rhubarb leaves quicker than adults due to their metabolism and size.

Rhubarb leaves are a great addition to any compost heap. They compost easily and the compost is safe to use in all areas of the garden. 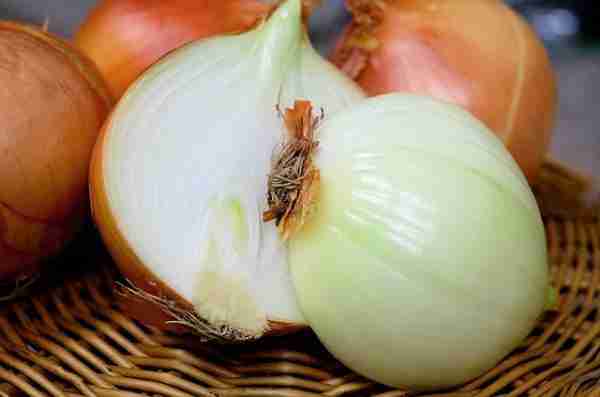