The thought of storing potatoes long-term outside seems strange, but this is precisely how most people kept them for centuries in their fields and gardens. The mound they created was known as a “Potato Pit”.

The funny thing about potato pits is that they are excellent at storing potatoes for a long time if made correctly. Even though they are ancient and primitive – although who is to say that is a bad thing?

Years ago it was a luxury for people to have a dry roof over their heads, the houses were small and people certainly wouldn’t have stored their bulky potato crop in their homes.

What conditions do potatoes need to store well, long-term?

To store a potato well long-term – it needs to be kept at a relatively low temperature, it needs to be away from daylight, in the dark. The potatoes need a certain amount of airflow through them to breathe and they need to be kept dry.

How a potato pit is constructed

To construct your own potato pit, you need to remember a few important points.

Where to place the potato pit?

A potato pit should be situated on the part with the best drainage/driest height or hump in the field or garden- so that when it rains, all water runs away from the pit. If you are making a pit on a flat field – it too will have a part that is driest all year round. If the field is on a slope it should be built near the top so that when it rains, the surface rainwater does not gather and build into a stream.

How to pile the potatoes

After you have carefully chosen the best location for your pit you should look at the way the land is lying before tipping your potatoes and decide which direction you want the long side of the pit to face. For example, if the slope is facing North to South, you should build your pit in a North to South direction also. This means as the surface rainwater flows down the field/garden it won’t be running into the pit along its long side – instead, a short trench along the top will give it protection.

The potatoes should be tipped into a pile with sloping sides, like a pyramid. The pile should be no more than 4 or 5 feet wide and 3 to 4 feet high. this shape should continue in a straight line until all the potatoes are in the pit. Finally, the short front and rear sides of the pit are sloped.

After tipping your potatoes into a uniform pile, the next step is to cover them with a deep covering of straw or rushes 4 to 6 inches deep. This will provide protection from the rain whilst still allowing the potatoes to breathe.

As potato pits have been made by people living in different places all over the world, they will have used different materials to perform the same function. For example, many people here in Ireland will have used rushes rather than straw to cover their potato pits – especially those living in more remote non-grain growing regions. Areas with wetter, more acidic bogland regions, produce an abundance of rushes.

It is perfectly acceptable to use straw or rushes. I remember my grandfather telling and showing me how to use rushes when he made a potato pit one year. He said you should always cut them from the biggest rushes in the field and place them onto the pit with their points facing upwards as it helps to drain away the rain better.

Placing rushes with the cut end at the top means water gets absorbed inside the stem of the rush, making the rush stem continually damp and speeding up the rotting of the rush.

After a good thatch of straw or rushes has been applied to the pit, the next step is to cover it with soil. The soil provides protection from light and heat during sunny days whilst protecting from frost during the depths of winter. It also gives some protection to the potatoes from birds and animals after an easy meal.

When digging the water trench around the pit, use the soil you have just dug out to cover your rushes or straw, killing two birds with one stone. Apply the soil 4 to 6 inches /100-150mm deep to ensure the potatoes are well protected.

In the midst of winter when the rain is hammering down it is important to dig a trench around the potato pit to divert surface rainwater away from the potatoes. When you are digging these trenches keep back at least 3-4 feet or 1m from the potato pit edge. The trench should be quite deep- say 1 foot wide by 1 foot deep.

This trench acts like a channel to direct surface water away from the potato pit – so it may be dug on 2 or 3 of the higher sides with nothing dug on the low side, to let the water away again. Remember to use this soil from the trench to cover your pit.

Why potato pits are great for storing potatoes

The potato pit is an amazing construction for storing potatoes.

There are a few differences in opinion about how a potato pit should be made, the main one is if you should dig down into the soil or pile your potatoes on top of the soil.

I have seen images of potato pits being made both ways, although the potato pit I witnessed being made by my grandfather making was not dug into the soil, others I spoke to in my locality said they didn’t dig their pits into the ground either.

For me, I would have thought digging down into the soil and then tipping in the potatoes would have been a bad idea, as I could envisage the hole filling with rainwater and the potatoes sitting in a stew of rotten potato water. But that is my opinion and I live in Northern Ireland where we have around 100mm of rain during winter months (a lot!).

The images I saw of potato pits being dug into the ground were in the south of England where the monthly rainfall is around 50mm, which is half that of my region.

If you have experience/ knowledge of building a potato pit and would like to add to this article let me know in the comments below – Thank you. 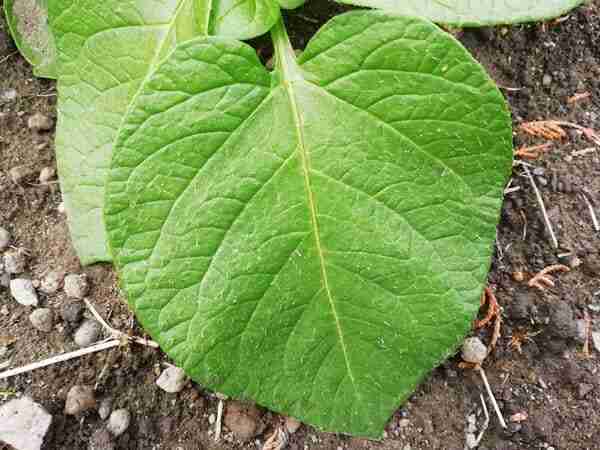