The Superfaun potato harvester was first produced by Underhaug (correctly referred to as Underhaugs Fabrikk from Naerbo in Norway) and given the model name UN1700. Underhaug was bought by Kverneland ( another Norwegian company) in 1986, the most noticeable change was the machine was finished with Kverneland red paint instead of Underhaug orange paint – the basic layout and mechanical function remained exactly the same.

Underhaug has been making farm machinery since the 1940s, you can still find old horse-drawn ploughs and drill ploughs for sale online. Still, the company is most famed for its potato-growing equipment, especially its single-row mounted potato harvesters.

The first potato harvester they produced was the UN1500 Faun in the early 1960s, which consisted of a spoked verticle wheel that directed potatoes onto two webbed conveyors, from which the pickers who stood on a platform at the rear picked the soil off allowing the potatoes to travel into bags. In the late 1960s, they made a few improvements and released the UN1600 Faun. Then in the 1970s they changed the way the potatoes were transferred onto the first web which was a massive improvement and this was the UN1700.

How the Superfaun UN1700 worked

As I mentioned above the Superfaun had a different way to lift the potatoes from the drill and transfer them onto the first web compared to the UN1500 and the UN1600. In previous models, the soil and potatoes are transferred onto the first web which was positioned alongside the drill being dug, but this caused blockage issues when the soil was sticky or if there were a lot of weeds/tops on the drills.

The Superfaun solved the problem of blockages by having its first web travel underneath the drill, just behind the digging share. This drastically reduced the instances of the machine blocking in poor conditions and making delays at harvest time. This design stayed the same right up until the machine went out of production around 2012.

The potatoes and soil travel up the first web which has an oval-shaped agitating roller positioned mid-way along its length, then at the end of the first web, there is a defector shield that directs the crop into the first pair of rubber haulm rollers. These contra-rotating rollers remove the bulk of the haulm. The deflector plate can be height and angle adjusted to allow more or less soil to travel underneath.

The second web starts below the rubber haulm rollers, more soil is removed in this fall down onto the web from the first web. The crop is now transported at a steep angle up towards the final third horizontal picking web. On this second web, there are two more oval agitation rollers that can be moved closer or further away from the web, which increases or decreases their agitating effect.

Care should be taken not to increase the agitation too much on this steep second web, as the potatoes can easily roll back down, resulting in a lot of damage. The agitators are adjusted via a lever that sticks up to the front of the horizontal 3rd picking web. This makes the second web agitation adjustment easy for the pickers to access whilst on the move.

At the top of the second web is another deflector plate that diverts the crop into a second and final pair of rubber haulm rollers. The deflector plate can be height and angle adjusted by the people on the picking platform.

The last web is the horizontal picking web. On this web, there is a central divider into which the potatoes and soil or stones from the second web empties into the front section of – furthest away from the pickers. The operator of the harvester can choose if they want to pick the soil and stones out of the front division into the rear division of the web or if they want to pick the potatoes out instead.

The choice of whether to pick the clods or potatoes depends on which is easier to do. For example – if the harvester is in clean soil which separates easily with very few clods left to pick out then the choice will be to pick the clods into the rear section and let the potatoes travel on. However, if the crop is dirty, with a lot of clods, soil, and stones with fewer potatoes, then the choice would be to pick the potatoes into the rear division and let the trash and clods travel on.

There are two options when collecting the potatoes after the picking web. One option is to transfer them out a short wide elevator into a bulk trailer or to direct the potatoes up a side conveyor to a front bagging platform, a metal bulk bin attached to a front-end loader, or a wooden box on a forklift fitted to the front of a tractor.

Very few growers would use a bagging platform to bag maincrop potatoes nowadays, the exception would be if the grower was bagging early potatoes for immediate sale. Maincrop potato harvesting would be carried out using a box on a front forklift or into a bulk bin.

A Superfaun was capable of harvesting 20 tons of potatoes in good conditions, which depending on the variety is 1 to 2 acres per day. It was leaps and bounds ahead of the 1500 and 1600 which would only harvest half this amount.

With the introduction of destoning and decloding machines for two-row harvesters – if a superfan was operating in destoned soil its output could double again to 40 tons per day. The harvester’s only downfall is it has no mechanical separator to take out excess soil – although most potato growers who destone will usually harvest with a two-row harvester which usually always has a mechanical separator.

I used a Superfaun un1700 to harvest small areas of Maris Piper potatoes using the side delivery elevator into ton boxes on a front-mounted forklift here in Northern Ireland in the UK – I have a video of it in operation in December 2012 below.

The UN1700 had no mechanical separator to remove excess soil from the potatoes, it relied on agitators under the web to shake the soil through the web bars, but if the soil was hard or if there were stones these had to be picked out by the people standing on the rear platform.

Underhaug did produce a UN1800 which had a rubber pintle belt separator (commonly referred to as a hedgehog belt) at the top of the second web to help remove excess soil and stones but it became ineffective when in wet soil/muck as the muck got trapped between the spikes.

There are still Superfaun harvesters in operation today (2022), but their use is mainly confined to potato growers with smaller areas to harvest or for growers who have a few acres of first early potatoes with delicate skins which can be damaged by maincrop two-row harvesters fitted with separators. 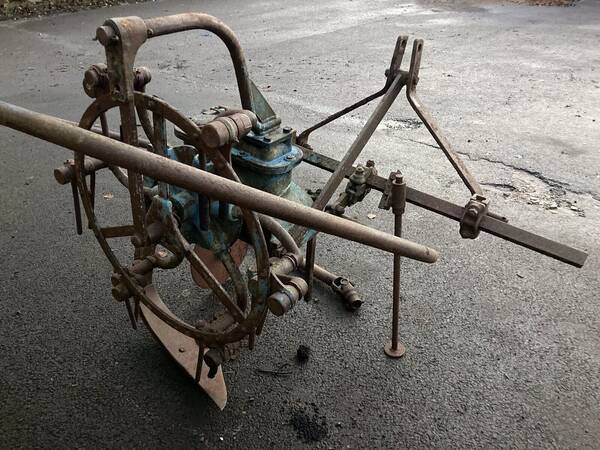 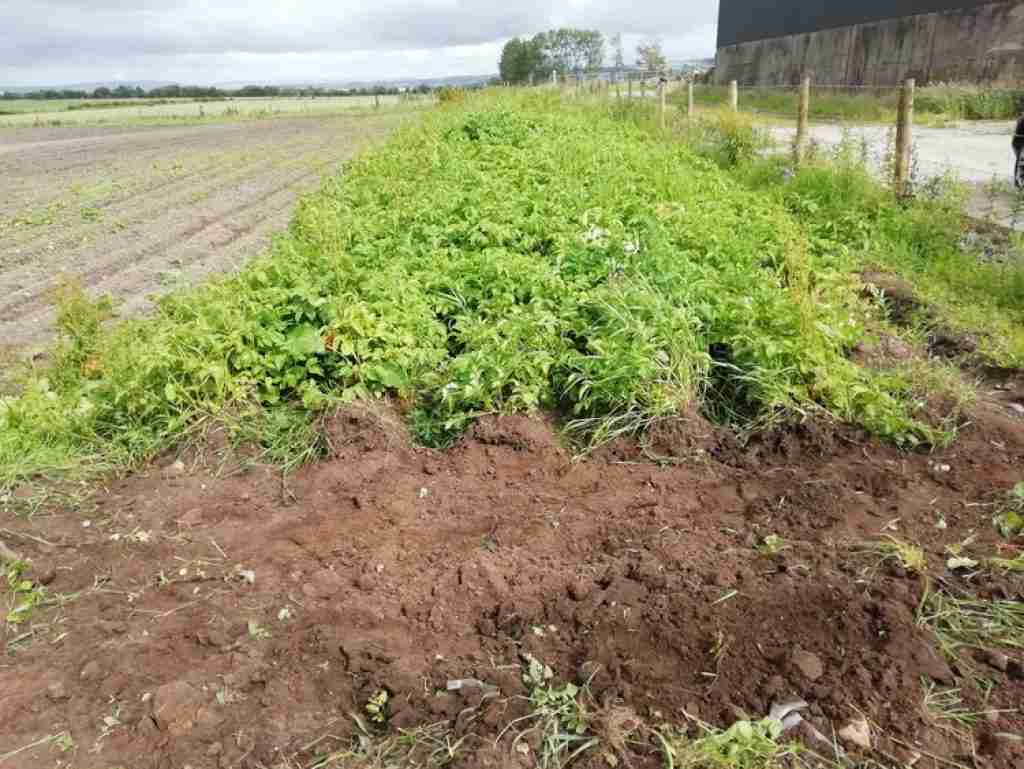